The true cost of cashing in your pension 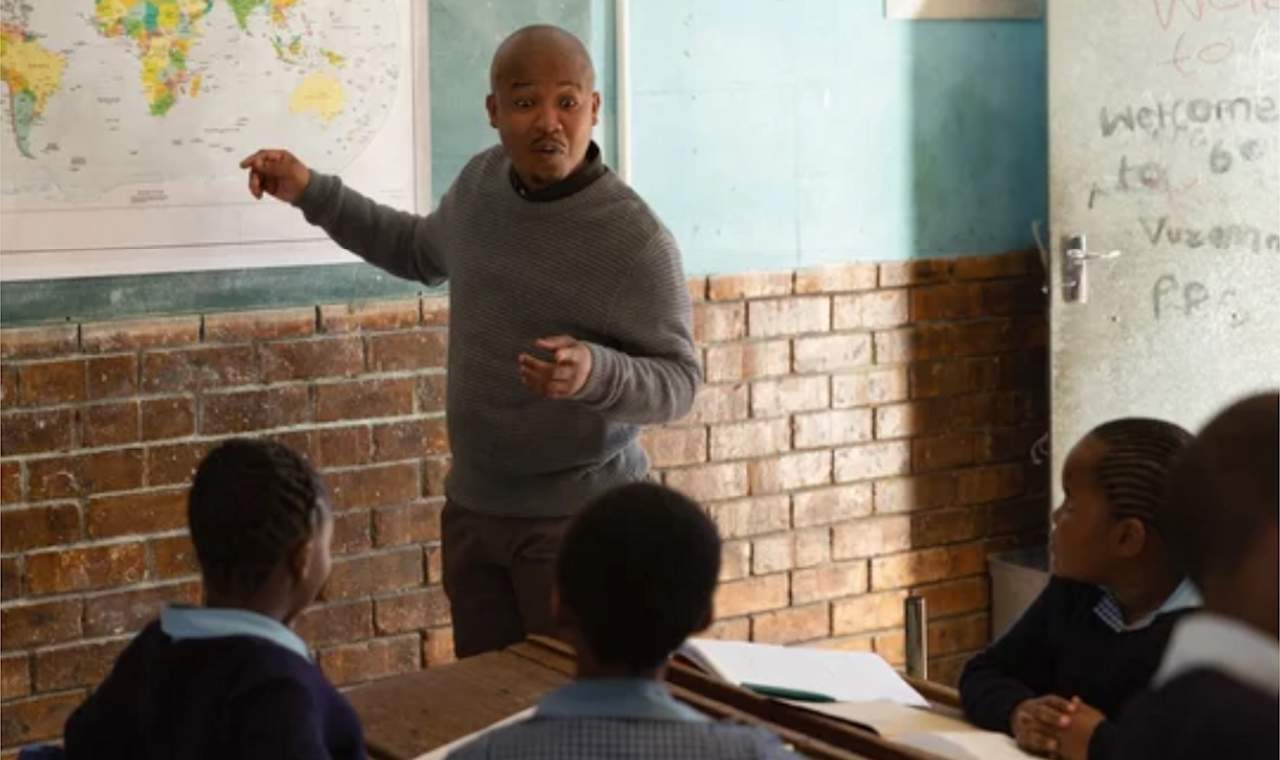 Have you heard of the term Sdudla? I recently came across it in relation to members of the GEPF, specifically members who are teachers and nurses.

This is the practice of resigning from your post to access your pension fund. As teachers and nurses can work as contractors, many quit their jobs, take their pension balance and then work on contract for a few years before rejoining the department.

I received insight into the practice of Sdudla from chatting to my Facebook followers. One person wrote, “I know teachers who have done it. They resign to access their pension funds and then re-appy after a while.”

Another wrote “It is quite popular with teachers and nurses although also with other government employees.”

Some warned against the practice: “I know of friends that have done so and now are struggling at retirement.”

Others informed me that getting divorced to access their pensions is becoming even more popular. “Nowadays the ‘divorce’ method is proving more popular and is done by quite a variety of government employees with the sole purpose of accessing their pension funds,” said one contributor, but as another warned, this is a risky strategy.

“I know a couple that divorced to access the man’s pension. After they got the money and started spending, they never remarried. The husband just didn’t want to and now the money is gone, spent by the two of them. Eventually they separated.”

And that is exactly the point. So many of the teachers and nurses who have played the Sdudla game get to retirement age and then find that the money is gone and they have nothing left for their retirement.

In fact, the name Sdudla is quite apt: it means “I am not going anywhere, I am just spinning.” It is derived from a car sport where a driver revs up the engine as if driving away, only to swerve the steering wheel and the car drives in circles, leaving tyre marks depicting the figure eight. It may look impressive, but it is certainly not moving anyone forward physically or financially.

The problem is that this behaviour is leaving many teachers and nurses financially destitute when it comes to retirement. Sdudla is not a wise decision. It often ends in hardship once retired.

Let’s look at a hypothetical comparison of twins Martin and Lebo, who both start their careers as teachers at the age of 25. Martin uses the Sdudla strategy during his career and Lebo stays as a fully employed teacher until the age of 60.

Suppose Martin and Lebo join the GEPF at the starting pensionable salary of R208 000, and they are eligible to receive annual progression increases. If Martin leaves his position and rejoins the same position later, we assume that his starting pensionable salary at each age will only have grown by 5% p.a. – an increase in line with inflation. For simplicity, we are assuming no promotion or change of positions and Martin and Lebo join the same position.

Martin works as a teacher from the age of 25 and then at 30 resigns to access his pension. The final salary at age 30 (the average last two years’ salary before resignation) will be R294 240.

He works on contract for five years before joining the department again at the age of 35. He works as a teacher until age 45 – so another 10 years and again resigns to access his pension. His final salary at age 45 would be R565 683.

In comparison, Martin’s twin sister Lebo started working as a teacher at age 25 and stays in her employment until retirement at age 60. Her starting salary is similar to Martin’s, R208 000, however she receives above-inflation increases due to her years of service.  Therefore, at retirement, Lebo’s final salary would be R1 427 942.

Her payout at retirement: Lebo’s gratuity benefit will be R3 358 782 and in addition, she receives an annuity benefit of R75 760 per month.

The total lump sum benefit that Martin had received from the fund before tax is R3 296 849. He receives no annuity benefit per month. On the other hand, the total lump sum benefit that Lebo will receive is R3 358 782 and R75 760 annuity benefit per month. In order to purchase an annuity income of R75 760 Martin would need R12.5 million. Even if Martin had invested some of his resignation benefits, it is unlikely he would have R12.5 million to purchase an annuity. 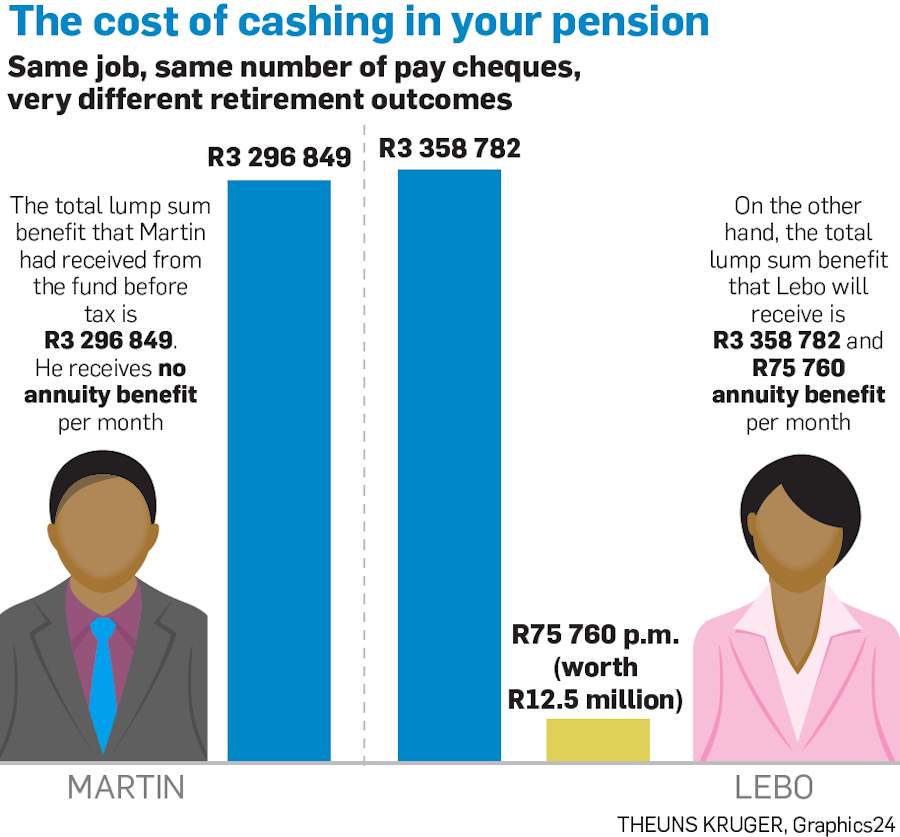 Martin’s spouse and children don’t receive any benefits. In fact, Lebo will probably have to support Martin in retirement! At age 55 it would be too late for Martin to start trying to catch up his pension.

Also note that apart from a far having worse pension outcome, Martin would also have earned a lower salary than Lebo. Government positions are structured where each position has different grades.  Those who leave and re-join the same position start at a first grade (which would only have inflationary increases). This is why Lebo’s final salary is higher than Martin’s.

Be very careful of playing the Sdudla game. The long-term consequences are not reversible.

Disclaimer: The assumptions used are for illustration purposes. The figures reflect inflation so R1.3 million in 30 years’ time does not have the same buying power as it does today.

This article was sponsored by the GEPF.