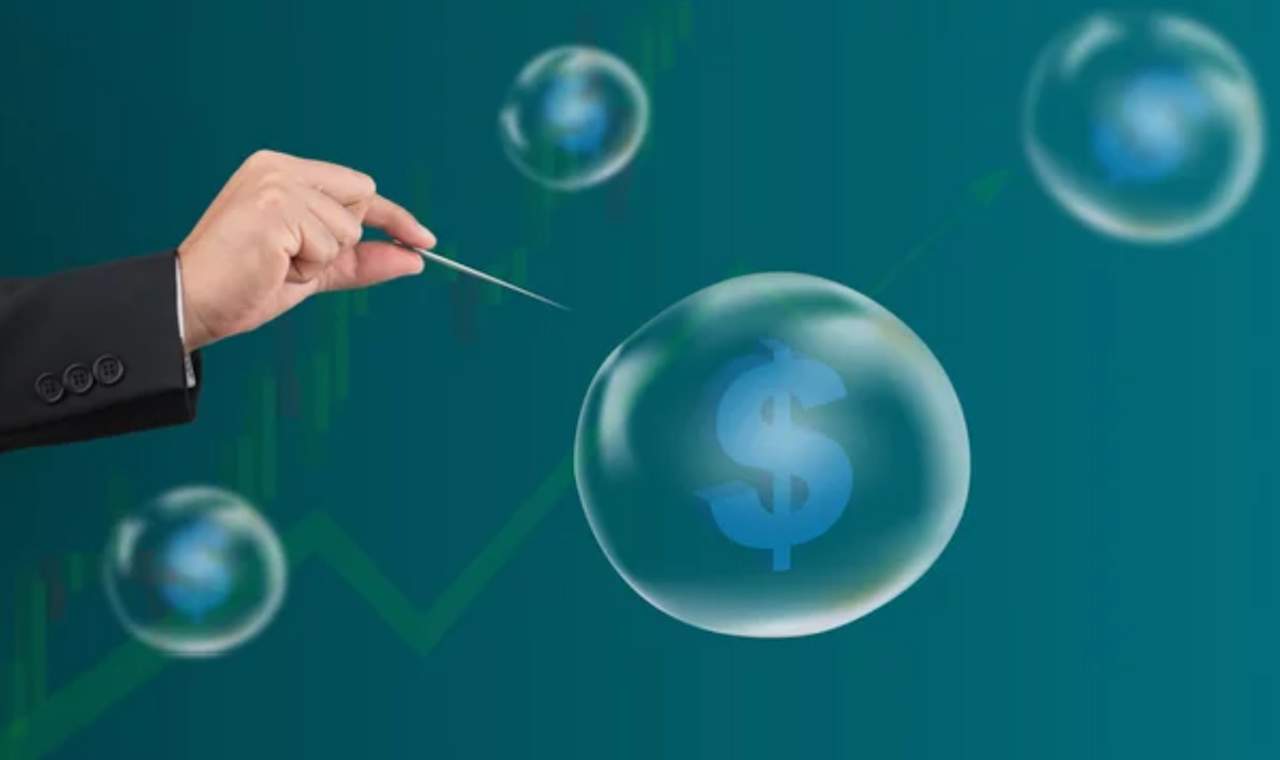 In his book Extraordinary Popular Delusions and the Madness of Crowds, first published in 1841, Charles Mackay detailed a number of “asset bubbles” and how they decimated the savings of those who had invested in them once they burst. These included the Mississippi Scheme, the South Sea Bubble and the Tulip mania. All of these bubbles took place in the 17th and 18th centuries.

The timeless chart below aptly illustrates this tendency of people to invest in a way contrary to the rational way we usually conduct ourselves.

Investor emotions tend to fluctuate between depression (at the bottom of the cycle) and euphoria (at the top of the cycle). Even though we have seen the same movie play out repeatedly, there always seems to be appetite for another re-run. 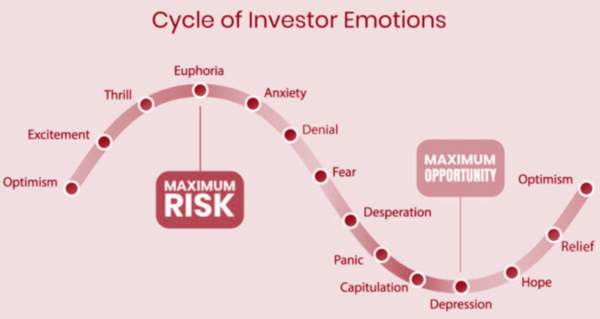 A few examples of this cycle of investor emotions are currently playing out, with the ultimate endgame still to be seen.

Tesla is the first example of a share that appears to have been caught up in this wave of investor goodwill. It currently has a market cap that exceeds that of Toyota, Volkswagen, Daimler and General Motors combined.

Even then, it would trade on a steamy multiple of around 30 times earnings – certainly not impossible, but this is an awful lot of credit to give them upfront.

Another example is Gamestop, a company that sells computer games through a network of physical stores.

One of the original value propositions it had for its customers is that you could return a game you had purchased (in a physical format) for a store credit that you could partially use to fund your next physical game purchase. This is a business model ripe for disruption now that you can purchase games on digital platforms, which allow for constant upgrading and customisation that physical retail never could.

The reason Gamestop’s share price has risen to the extent that it has is due to a cohort of retail investors that are simply trying to inflict harm on a group of hedge fund managers who they collectively blame for profiting from the world’s ills.

These hedge fund managers had been short Gamestop, which meant they were positioned to make money when the Gamestop share price went down (and conversely, lose money when it went up).

However, it is difficult to see how a company’s share price can be propped up indefinitely even when its business ceases to be viable. At this stage, surely, the business would need to make endless capital calls on its investors to simply stay afloat, and the million-dollar question is: will this cohort still be around then? I can think of many better ways to spend money.

However, share markets are not the only asset classes where we are seeing certain parts of the markets exhibiting “toppish” behaviour. The most egregious examples have been in alternative asset markets.

While Bitcoin is a contentious asset class, it has an increasingly long list of credible supporters like Bill Miller, Paul Tudor Jones and others.

The same cannot be said of certain “alt-coins” (alternative digital currency to Bitcoin). The market cap of one of these, DogeCoin, has risen (with Elon Musk’s encouragement) to $43bn despite its co-founder saying on Reddit that he created it as a “joke”.

The one-year returns it has delivered have put Bitcoin’s to shame, even though at its May 24 price of $37 700, Bitcoin is up more than 400% over one year.

Unlike many tech/online businesses that managed to grow their share prices year in and year out at phenomenal rates, MicroStrategy’s share price had flatlined for two decades before it decided to buy Bitcoin.

Now it has essentially become a closed-ended hedge fund that only invests in Bitcoin, as the fact that the term “Bitcoin” appears 365 times in its form 10-K (the US equivalent of its Annual report) seems to suggest.

This premium could at one time be attributed to the fact that many institutional investors could only gain exposure to Bitcoin by investing in MicroStrategy due to mandate restrictions that prevented them from investing in Bitcoin directly.

However, this reason fell away once the first Bitcoin ETF in North America began trading, on February 18 2021. The premium, however, persists.

What does the word ownership mean?

The latest manifestation of this euphoria appears to be non-fungible tokens or “NFTs”.

Two occurrences stand out. On March 9, Jack Dorsey, the founder of Twitter, sold his first tweet as an NFT for $2.5m. A mere seven days later, an artwork by digital artist “Beeple”, sold in the form of an NFT, fetched a staggering $69m at Christie’s.

An NFT is a secure digital file that validates ownership within the Ethereum blockchain system. The exact same file remains in the public domain because you can copy a digital file as many times as you want. You are therefore not purchasing rights to a future income stream in the same way that you would if you bought an artist’s back-catalogue.

There is also no exclusive way to physically enjoy it in the same way that the purchaser of an Old Master would be able to hang it on their wall. Ownership is reduced to being recognised as the owner of something and nothing else.

As it turns out, the purchaser of the Beeple artwork was MetaKovan, the owner of the biggest NFT fund, although that latent conflict of interest shouldn’t inhibit the inexorable rise of NFTs going forward. All it takes is a little bit of hope (read faith).