Ryan Booysen, MD at DG Capital Forex, stares into his crystal ball to predict where the rand will go in 2022. 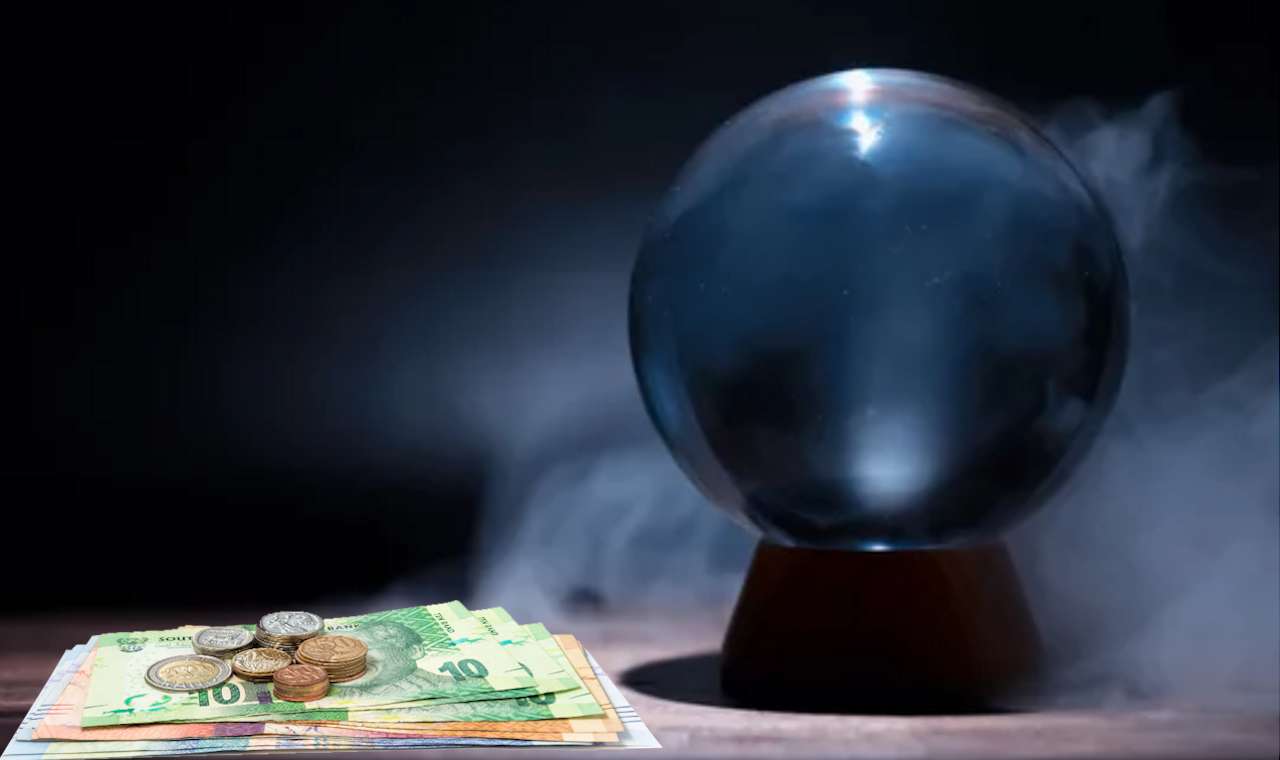 The rand ended 2021 on the back foot, after the Omicron announcement and subsequent global kneejerk reaction of isolation and red-listing the country.

And while the currency did claw back much of the losses to end the year at R15.89/US$, it was not before the damage had been done in the forex markets.

Gazing into our crystal ball for the rand in 2022, the Covid-19 Omicron variant remains a significant unknown in the market. The variant is proving to be more transmissible but less severe than earlier variants.

However, Pfizer-BioNTech has indicated that a three-shot course of its vaccine was able to neutralise the new Omicron variant in a laboratory test, an early signal that booster shots could be key to protection against infection from the newly identified variant.

In addition, early testing by SA scientists suggests that Omicron may give one greater resistance to the Delta variant while proving to be milder, which seems to be a favourable outcome.

This good news could, however, pose risks for the rand, as it means that the US economy may be less affected and thus its tapering and rate hikes will probably go according to plan at this stage.

We will also need to see the extent of uptake in booster shots for both the Johnson & Johnson and Pfizer-BioNTech vaccines, which are now under way, to see how South Africa copes with the Omicron variant.

Possible headwinds will come from the US economy which is seeing runaway inflation ‒ the highest in decades ‒ for longer than expected.

This has drastically altered the market’s expectation after the Fed doubled down on its stimulus tapering and plotted three interest-rate hikes in 2022. The tapering will ultimately reduce liquidity in the market, and riskier assets will be the eventual victims, posing a downside risk for the rand.

There is no consensus at the moment amongst traders on the outlook for the oil price.

With the global economy expected to start moving out of pandemic mode, implying increased oil demand, being offset by the rise in US production which could create a surplus, the bulls are taking on the bears in the oil market.

JP Morgan is predicting an oil price closer to $125/barrel, but if US supply does ramp up, we could see the actual number fall far below that. Demand will also be greatly affected by the pace at which the global economy can start accelerating and enter a post-pandemic phase.

China will be key

China’s rate of economic growth and its demand for commodities will also be key to the rand’s fortunes in 2022.

The eastern powerhouse’s ability to sustain its growth trajectory will ultimately be telling in the duration of the current commodity bull cycle. Commodity-producing economies, including South Africa, will be influenced greatly by this with an ultimate impact on the rand.

The stronger the commodity cycle, the more supportive it will be for the local currency.

A final risk to the rand on the global front lies with Turkey. Our currency trades as a proxy for the lira in highly volatile periods, given that Turkish monetary policy is determined by politicians.

Lowering interest rates in the face of high inflation has been contrary to globally accepted economic practices and has meant that the lira was by far the worst-performing currency globally in 2021, weakening over 40% during the year.

In thin December trade, this kept the rand under pressure too. We could see some rand strength once those rand shorts are unwound, but we won’t see too much unless the lira also strengthens again.

South Africa’s terms of trade have been in positive territory for the better part of the pandemic due mainly to two factors: firstly, the oil price has been under pressure because of low demand during the pandemic; and secondly, a commodity bull cycle has been driven by the Chinese hunger for our exported metals.

Together, these have put the South African trade account in surplus territory since the first half of 2020. Whilst this effect has started to wane with the commodity bull run taking a breather and global oil prices recovering, we are still in positive territory and could remain there if oil prices don’t rally.

South Africa’s Monetary Policy Committee (MPC) has been nothing short of brilliant and has ultimately been a solid anchor in the SA economy over the past few years.

While the 25bp hike of November 2021 won’t have a massive effect on containing inflation, the expectation is that a 25bp hike at every meeting in 2022 is probable and should bode well for the rand in the face of US tapering and ultimately rate hikes.

With the warning of another rate hike already having been sounded, this confirms that monetary policy should be rand supportive in 2022.

However, counterbalancing this is Eskom’s ability to keep the lights on and the factories running, which will play a pivotal part in our economy in 2022.

Investor and business confidence will remain low as long as loadshedding remains an imminent threat locally.

Aging power stations that have been neglected over the past three decades have put the power utility ‒ as well as the South African economy ‒ under serious pressure. Although headway has been made and Eskom has added Kusile to the grid, there is still much work to be done.

Independent power producers could play a big role going forward, but the loadshedding threat will remain throughout 2022, which holds a negative sword over the rand’s head.

Added to this, South Africa’s weak fiscal position, combined with little political will to effect the reforms needed to cut costs and curb debt, will be a further headwind for the SA economy in 2022.

The beating the ANC took in the 2021 municipal elections could awaken an urgency to turn its fortunes around, but its historical performance and the fact that the organisation itself is battling to pay salaries would be a good indication of what one can expect from it this year.

As we know, the rand’s fluctuations are always subject to political tensions, and there is no shortage of those in South Africa.

With Part 1 of the State Capture Report having been released last week and the remaining two parts to follow, the responses of President Ramaphosa and the NPA will be key to determining overlays in the rand’s behaviour.

We are also facing further court action regarding former President Jacob Zuma in the form of an appeal to the ruling that his medical parole was unlawful, as well as his corruption trial which is set to go ahead in April. As we witnessed in 2021, these events raise the possibility of unrest which may affect the rand’s value.

All-in-all, we are looking at a rand that is likely to remain under pressure during 2022. With a number of two-way risk factors in the market though, there could be periods of rand strength, but the fragile state of the South African fiscus could limit the potential of broad-based rand strength in the year to come.

Hedging offshore forex exposure is prudent and our current advice to importers would be to wait patiently for bouts of rand strength before entering into forward cover contracts while exporters will, in all likelihood, see ample opportunities to enter into favourable structures to ensure they receive the maximum amount of rand for their currency.

This post was based on a press release issued on behalf of DG Capital Forex.

How the GEPF manages members’ money

The GEPF's investment mandate has consistently delivered above-inflation returns, outperforming its benchmark over five years and resulting in a financially sound fund. South Africa is one of the few countries where the state pension is guaranteed by government, and...

Video: Get financially fit for your next holiday

After living in lockdown for over 18 months, many of us just want to go on holiday. Like any major expense, if you plan for it, it doesn’t have to break the bank. Many tourist destinations and establishments are offering great specials, making it more affordable for...

Listen: Are you in a financially abusive relationship?

Are you the victim of financial abuse or are you perhaps unwittingly the abuser? And how would you even know? In this podcast, we discuss the very sensitive topic of financial abuse: how money is often used to control people in relationships. Maya (@mayaonmoney)...

Despite the recent rate hike, interest rates since the beginning of the pandemic have fallen by around 30%. This is great news if you’re borrowing money, but it is pretty dire for anyone investing in cash or relying on income from cash investments. In this podcast...