A budget makes you spend less 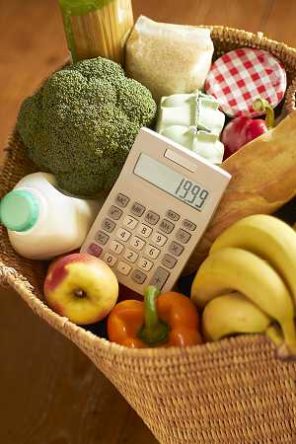 My husband and I keep a household budget and have done so ever since 2004 when our finances went pear-shaped. It was only by creating a budget and learning to live within our means that we were able to survive when we hit financial Armageddon. Both of us had lost our jobs in the same year we had bought a new home and our second child was born.

Without budgeting every month and maintaining strict financial discipline, we would simply have gotten deeper and deeper into debt, becoming another credit statistic. Nowadays, fortunately, we are in a far better financial position and it is not necessary for us to watch every cent, but we still review our budget every couple of months. In doing so I have noticed how this regular financial “check-in” affects our spending patterns.

Two weeks ago we went through our budget and a couple of things struck me. Firstly the cost of living is definitely going up faster than our earnings. Our groceries, eating out as well as electricity costs have all risen significantly.

What I also noticed, and have noticed before, is that despite our good intentions, we start to spend a bit less sensibility as the months pass since we last reviewed our budget. We spend more freely without really thinking about what we are spending. Without that regular check-in, our non-essential spending would start to spiral out of control. Given that the basic cost of living is increasing, we have to keep an eye on our non-essential spending.

Perhaps most importantly, is that I have noticed how a budget review immediately changes my spending behaviour. I find myself becoming far more cognisant of what I am spending on. I double check the grocery shelves for the best prices and I find it far easier to walk straight past the clothing and homeware stores without going in. My frivolous buying comes to an abrupt end.

Reviewing our budget simply makes us more aware and reminds us of our more important financial goals.

This brings to mind a study I read about by behavioural economist Dan Ariely who tested the impact that reading the Ten Commandments had on people’s honesty levels. It was a basic test where the participants got to score their own results and shred the paper before it could be verified. The participants were paid according to how many problems they had solved. Ariely had found that in most cases the participants would cheat just a little.

Then in a new experiment he asked half of the participants to recall the Ten Commandments and the other half to recall ten books they had read in high school. “Among the group who recalled the ten books, we saw the typical widespread but moderate cheating. But in the group that was asked to recall the Ten Commandments, we observed no cheating whatsoever. We re-ran the experiment, reminding students of their schools’ honor codes instead of the Ten Commandments, and we got the same result. We even re-ran the experiment on a group of self-declared atheists, asking them to swear on a Bible, and got the same no-cheating results yet again,” wrote Ariely in his Wall Street Journal article Why we lie.

He concluded that “reminders of morality ‒ right at the point where people are making a decision ‒ appear to have an outsize effect on behavior,” and went on to suggest that all company board meetings should start with reading something in line with the Ten Commandments.

Based on my experience, reviewing your budget has a similar effect in that it brings awareness to your behaviour. No one but you would know if you swiped that credit card to buy something you really don’t need, but your behvaiour will be affected by having the reminder of how much money you have and the impact of your spending on your real financial goals. It will make you more mindful.

So the more often you go over your budget the more likely you are to live within your means. If you have no budget at all, then finding the discipline not to spend would be very difficult indeed!