Why pyramid and Ponzi schemes are doomed to fail

By Mike McDougall, CEO of the Actuarial Society of South Africa 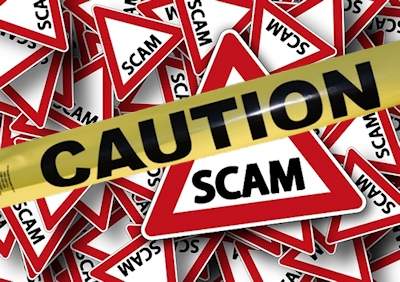 Faced with empty wallets and rising costs, thousands of South Africans are placing their faith in ‘get rich quick’ schemes that lure desperate consumers with promises of unrealistic investment returns. But whether a Ponzi or a pyramid scheme, it can be mathematically proven that such schemes will eventually collapse and leave investors with nothing.

A Ponzi and a pyramid scheme are essentially the same, with both relying on contributions from new investors to pay existing investors the promised returns. These are usually totally unrealistic and not comparable to returns achieved by legitimate savings and investment products. While investors in a pyramid scheme know that they need to recruit new members to maintain the flow of funds, Ponzi schemes claim to make legitimate investments, but instead use the funds to enrich founders rather than for any legitimate business purposes.

It can be stated with absolute certainty that these schemes will eventually collapse, leaving many people financially destitute, while only the founders and a few early participants make considerable gains. There are essentially two reasons for this.

Firstly, if a scheme is paying out more than is being earned, it will run out of money. Secondly, such schemes need continuing growth in new members to sustain payments to existing members, and the reality is that they will ultimately run out of new investors. The only uncertainty is when the collapse will happen, which depends on how quickly the fund is growing and how much bigger the declared yields are than the actual investment earnings on the funds invested.

For example, let’s take a scheme that begins with 100 members who each invest R1 000 with a promised return of 30% per month. Every month 100 additional members join the scheme and each invests the same amount until the scheme collapses. Members receive their first payment the month after they make their investment. In this example, the scheme begins with 100 members and total funds of R100 000. In the second month, there are 200 members and the fund closes with R170 000 after paying dividends of R30 000 to the founding members.

With more rapid growth in members or lower payouts, the scheme would continue for longer, but the result would ultimately be the same. As pyramid schemes rely on snaring new members, you should be wary of being dazzled by testimonies of high returns by people already in a scheme.

The reality is that by the time you join a scheme, you may just be propping the scheme up so that early joiners can profit at your expense. You and other new investors may never recoup even your initial capital amount, let alone make a return on your investment.

Difference in returns between early and late joiners

If you were a member who entered the scheme at its inception with an investment of R1 000, you would have earned total returns of R2 043 by the seventh month when the scheme fails. This means that your return would have totalled an overwhelming 22% per month.

However, if you had only joined the scheme in its sixth month, you would only have earned R243 back on your investment, representing a loss of 76%. If you had entered in the seventh month as the scheme collapsed, you would have lost your entire investment.

Those entering the scheme early can therefore make spectacular returns despite losing all their capital, while those joining later lose money. It’s a classic example of robbing Peter to pay Paul. The people who get in early are usually the founders of the scheme and those close to them.

Before entering into an investment, or making an ‘online donation’ with the hope of high returns, ask the following questions:

Do your research and do not simply choose to believe what people promoting a scheme and their website tell you.