You are Here > Home > Financial Sense > Would you pay more for a restaurant meal than a Will?

Would you pay more for a restaurant meal than a Will? 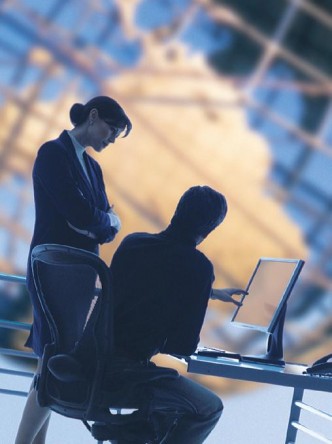 It would appear that some South Africans are prepared to pay a couple of hundred rands for a restaurant meal, yet are not happy to pay an expert the equivalent to draft their Will, a vital document that speaks for you when you are gone.

Recent affluent[1] and high net worth[2] market research commissioned by Glacier Fiduciary Services, a division of Glacier by Sanlam, revealed a huge disparity in market perceptions and expectations.

Ninety-eight percent of respondents had a Will. However, only 33% overall said their Will was updated in the last year (39% HNW; 28% Affluent)

Nominated executors are most commonly relatives (29%) or banks (25%) and attorneys are more commonly used by HNW individuals (22%) than affluent individuals (8%).

Those who paid less than R1,000 are likely to fall into the category of people who have not updated their Wills for a very long time. The research also revealed a disparity between what people paid, and what they would expect to pay now.

As regards what they expected to pay today:

The glaring difference between clients’ perceptions was highlighted in their answers to the following questions. Firstly, the respondents were asked why they would not expect to pay for a Will.

“I did not pay for my Will as part of the service of a private bank client and the bank will make money out of the estate when they have to wind it all up one day.  However, I did expect to pay for it!”

“It is part of the bank service. Banks and all financial institutions make so much money from their clients, the least they can do is to provide a free Will. After all, it takes only one hour to ’cut and paste’ in preparation for Wills.”

But when the researchers asked, “How do you feel about people who are willing to pay more for a restaurant meal than a Will?” The response was very different.

“You’re being stupid because you are gambling with lots of money.  You don’t want the family to sit with problems after you die.  You get what you pay for.  Cheap/free Wills are not worth the paper they are written on.”

“It would then appear as if there is no value perception to the Will.  Wills usually need specific tailoring when assets are involved and the various beneficiaries and not just the run of the mill type Will.  If it is simple and a standard template type of Will with no effort put into it, then it could be a modest meal.  But I think it is foolhardy.  I am willing to pay far more for a Will than a meal because I want proper professional advice that I can trust regarding tax consequences, asset details, etc.”

Regardless of whether you are paying R10,000 for your Will or if the cost is included in other fees you are paying to your adviser, just make sure that it is drafted by a properly qualified expert in Will drafting, estate planning and the related tax issues.

Furthermore, don’t be misled into thinking that a relatively small estate necessarily requires less Will drafting complexity or is easier to wind up when you pass on, than a large estate. A R3.5 million estate with private company shares, children from two marriages and a usufruct attached to a property would be more complex than a R20 million estate with equities, cash and a house.

By Tanya Cohen, Head: Fiduciary Services at Glacier by Sanlam, and FISA member